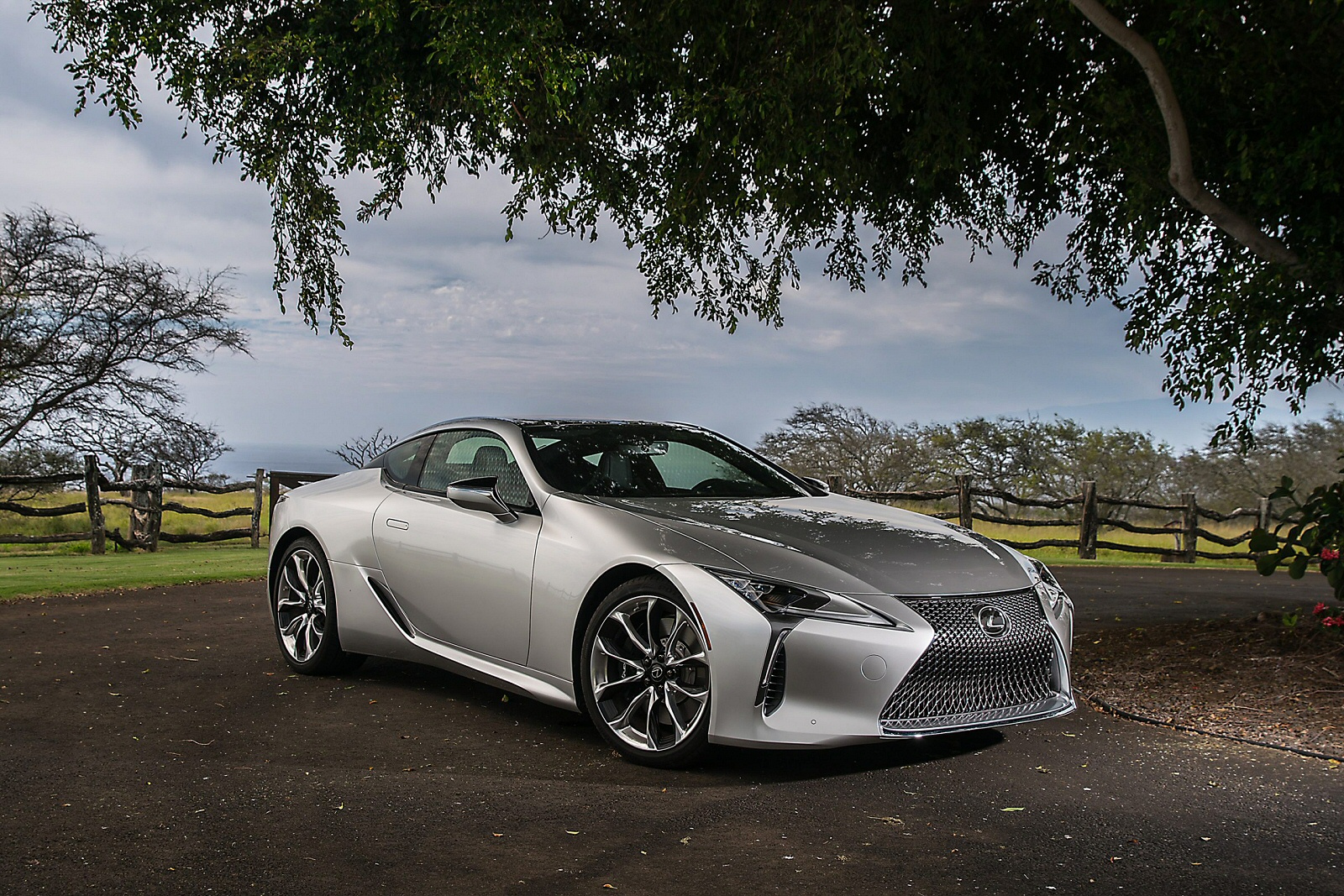 Read the Latest Review of the "lexus  lc"

The Lexus LC luxury coupe opened a fresh chapter for this premium Japanese brand and has been thoughtfully updated. Jonathan Crouch reports.

The Lexus LC luxury coupe opened a fresh chapter for this premium Japanese brand and has been thoughtfully updated. Jonathan Crouch reports.

Lexus has long realised that it needs to do something different if it's to effectively take on the premium German brands. Well, that's certainly what's it's done with this car, the LC Coupe, here lightly revised. It's come equipped to take on the luxury coupe segment's very top contenders, with drive dynamics that work on the track as well as on the highway. Plus there's styling that'll cause a stir in the High Street, a gorgeous cabin and hi-tech hybrid power if you want it. 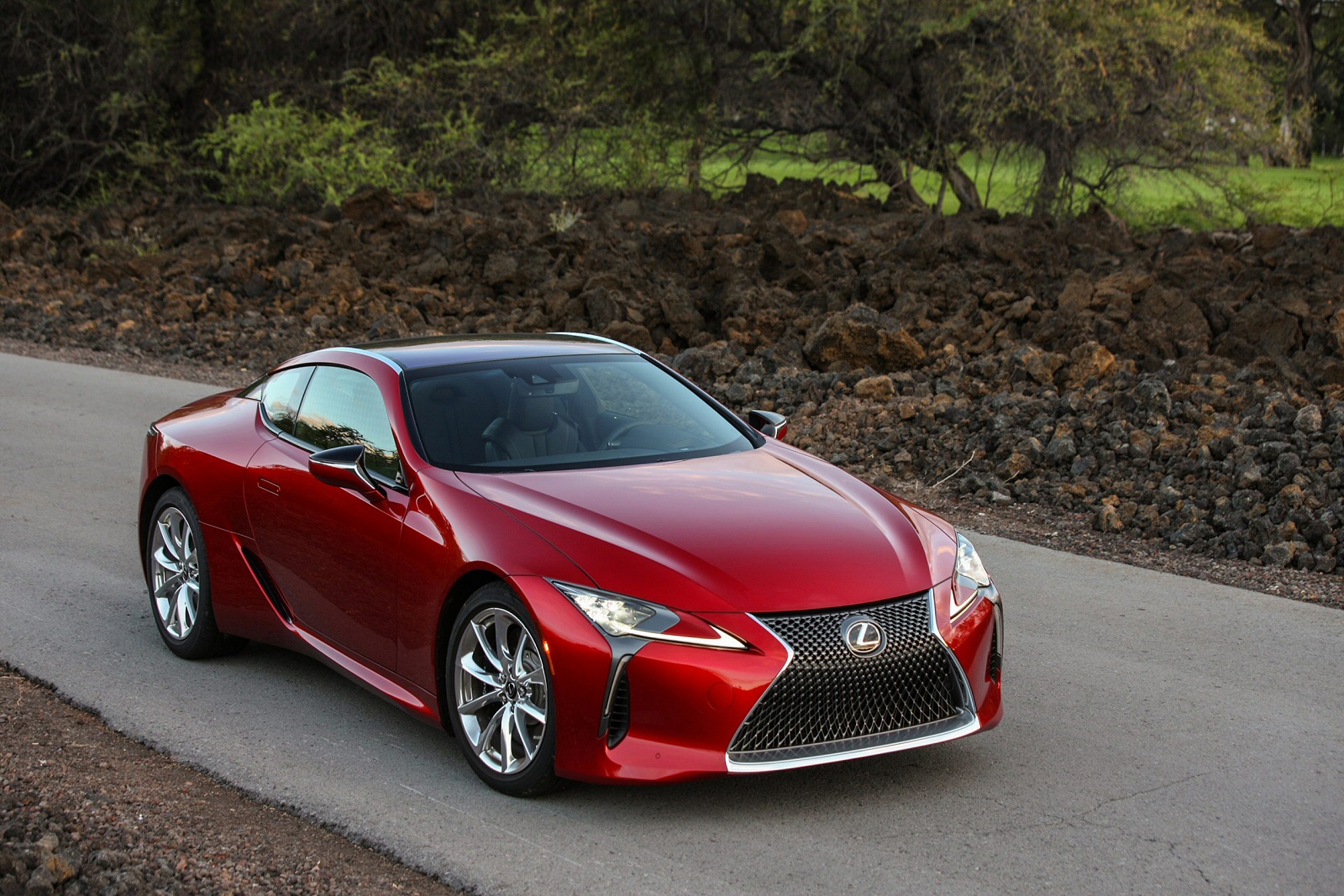 A large, luxury coupe ought to make you feel very special indeed. This one, the Lexus LC Coupe, very definitely will. This is a large, super-luxury 2+2 that targets BMW's 8 Series as well as cars like Porsche's 911 and the Mercedes SL. It's a car that the brand hopes will change the way buyers perceive this marque. The claim is that handling will excite in the way that no Lexus (bar perhaps the LFA) ever has before. And the styling has a raw, direct feel that's a world away from previous coupes we've seen from the brand. There's a choice of V8 or V6 hybrid power and just about all the interior toys you could want. It's a desirable package, especially in this improved form that sees handling changes aimed at pleasing enthusiastic drivers. 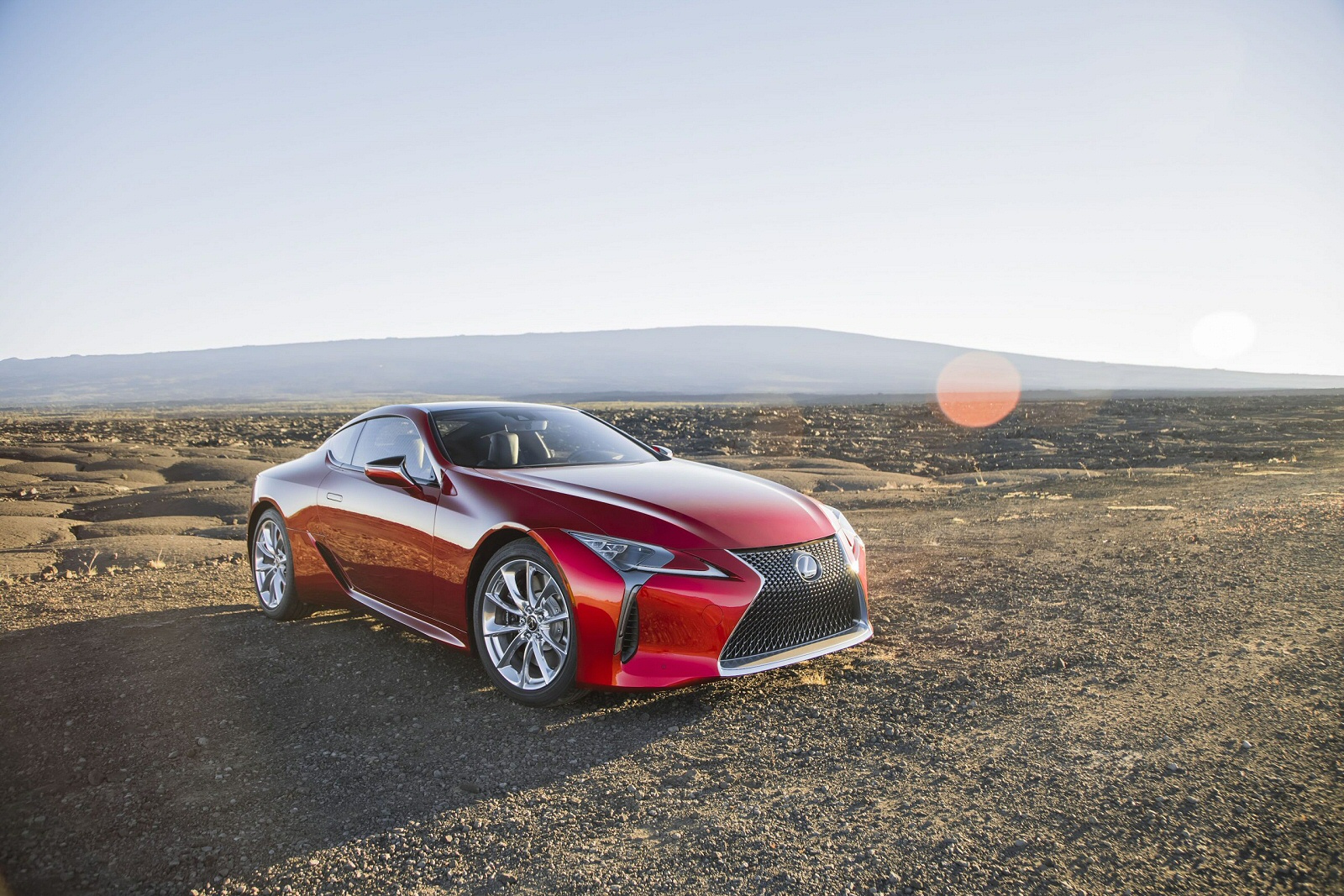 There are two petrol engines on offer. The LC 500h variant gets a 3.5-litre V6 hybrid unit offering 354hp and uses a Multi Stage Hybrid System with an auto gearbox that now downshifts more dynamically. Alternatively, there's a LC 500 derivative under the bonnet of which beats a 5.0-litre V8, a modified version of the powerplant Lexus uses in its RC F model. In this form, it produces 464hp at 7,100rpm, so the LC doesn't want for pace. 62mph is reached in just 4.4s and if you've a stretch of unrestricted autobahn handy, the top speed is 168mph. This V8 uses a 10-speed Direct Shift auto gearbox which at mid-throttle speeds in this revised model allows engine revs to increase in the range to heighten the feeling of acceleration you get before the next gear is selected. As usual with a Lexus, there's a range of selectable driving settings - six in total - and of these, the one you're going to want to try most is 'Sport S'. This should be ideal for your favourite back road, delivered crisp, sharp responses from the adaptive suspension and that sophisticated auto paddleshift gearbox. The key changes made to this revised model centre on handling tweaks aided by a 10% reduction in unsprung weight, this made possible by the greater use of aluminium parts for the suspension and the adoption of a lighter but higher strength material for the coil springs. While altering the suspension in this way, the engineers took the opportunity to update it with a smoother, softer stroke to give the driver more of a feeling of connection to the road. With the same goal in mind, rear anti-roll bar rigidity was increased to improve turn-in performance and provide more linear steering input. And for sharper cornering, this improved model has gained an 'Active Cornering Assist' function, which subtly brakes the inner wheels in line with lateral acceleration experienced when higher G-forces are generated in spirited driving. There have also been subtle software changes to improve feedback from many of the car's systems, primarily those for the Variable Gear Ratio Steering, the Dynamic Rear Steering and the Electric Power Steering. The overall result of all this should achieve a good balance of what segment buyers will be looking for. That means something sharper than you'd get in, say, a Mercedes' SL or a BMW 8 Series but a little more comfort-orientated than you'd find in, say, a Porsche 911 or a Jaguar's F-TYPE.

This large, luxury 2+2 coupe offers a much edgier look from Lexus than we've seen in any of the company's previous models and is also available in Convertible form. The aesthetics of the coupe variant we look at here have been based on the marque's 'LF-LC' concept car, first shown at motor shows back in 2012 and under the sharply-creased bodywork lies a stiff GA-L ('Global Architecture - Luxury') platform It's a passionate design, from the distinctive mesh spindle grille at the front to the blacked-out rear pillars that create the effect of a floating roof, while chrome mouldings echo the curving lines of a traditional Japanese katana sword. At the rear, the light clusters have an illumination sihgnature replicating the after-burners of a jet. And at the front, the triple-LED headlamp units are half the size of conventional ones. Inside, as you'd expect, the materials and finishing are faultless, as is the gadget count. The driver's cockpit has been ergonomically designed to instil confidence and invite spirited driving, with an intuitive layout of the controls and a well-judged seating position. The driver's hip point has been located as close as possible to the coupe's centre of gravity, maximising direct feedback of the vehicle's dynamic performance. And the upholstery has a two-part construction that provides a seatback that drapes over the shoulders, then wraps round the back, with a structure designed to hold the driver securely when cornering at speed. As with any 2+2 sports coupe, space is tight at the back, even if the intended rear occupants are children, but Lexus has worked hard to make rearward access easy. Boot space is limited, 197-litres in the V8, a figure which falls to just 172-litres in the LC500h hybrid. Nor do you get folding rear seatbacks to extend trunk space.
Watch our fantastic video