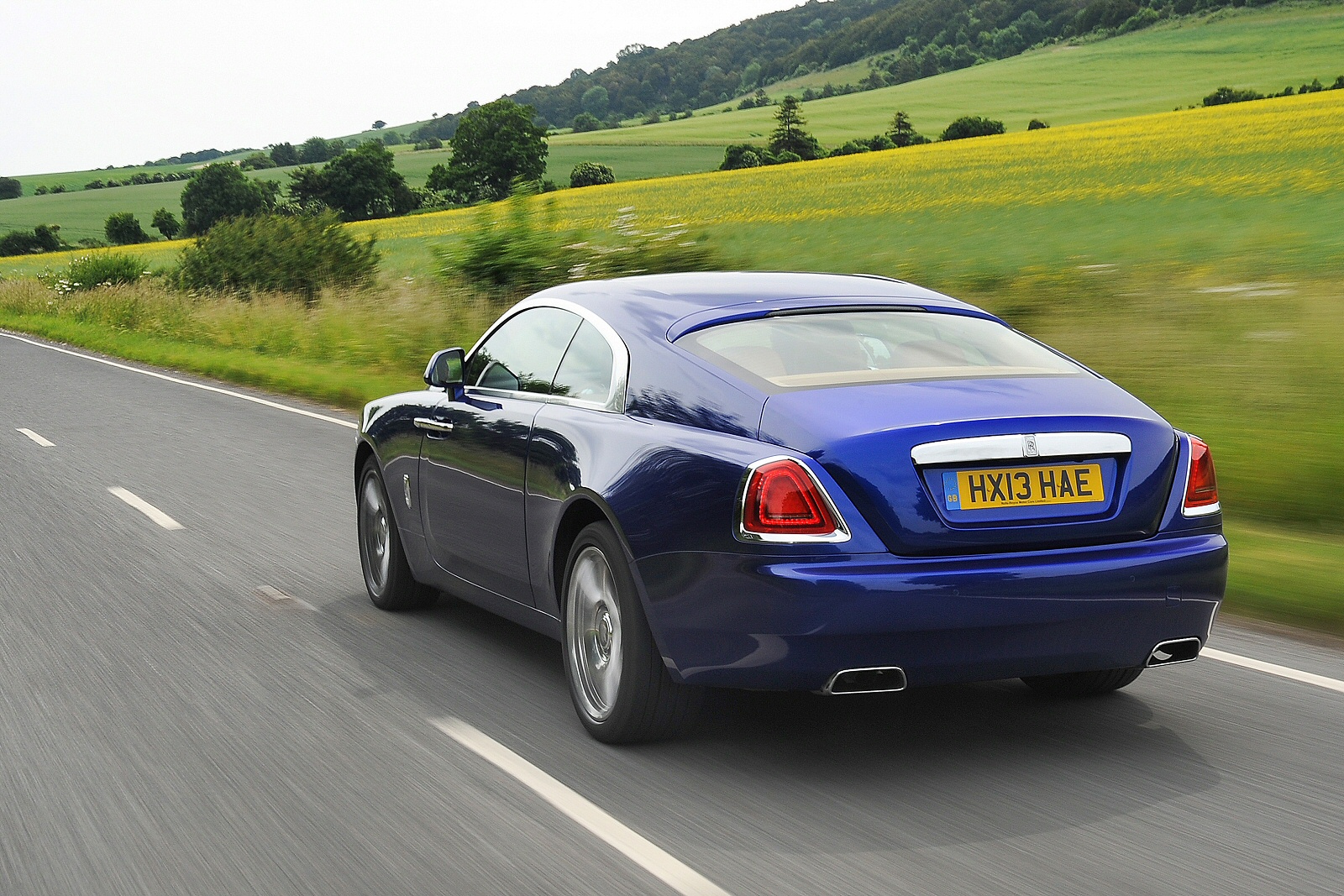 Read the Latest Review of the "rolls-royce  wraith"

The Rolls-Royce Wraith is a luxury coupe like no other. Jonathan Crouch takes a look.

The Rolls-Royce Wraith is a luxury coupe like no other. Jonathan Crouch takes a look.

Billed as 'the ultimate gentleman's gran turismo', the Rolls-Royce Wraith is a 624bhp coupe with no shortage of presence inside or out. If you have ever been concerned about BMW's stewardship of Rolls-Royce and the direction of future products, rest easy. This one is a knockout. 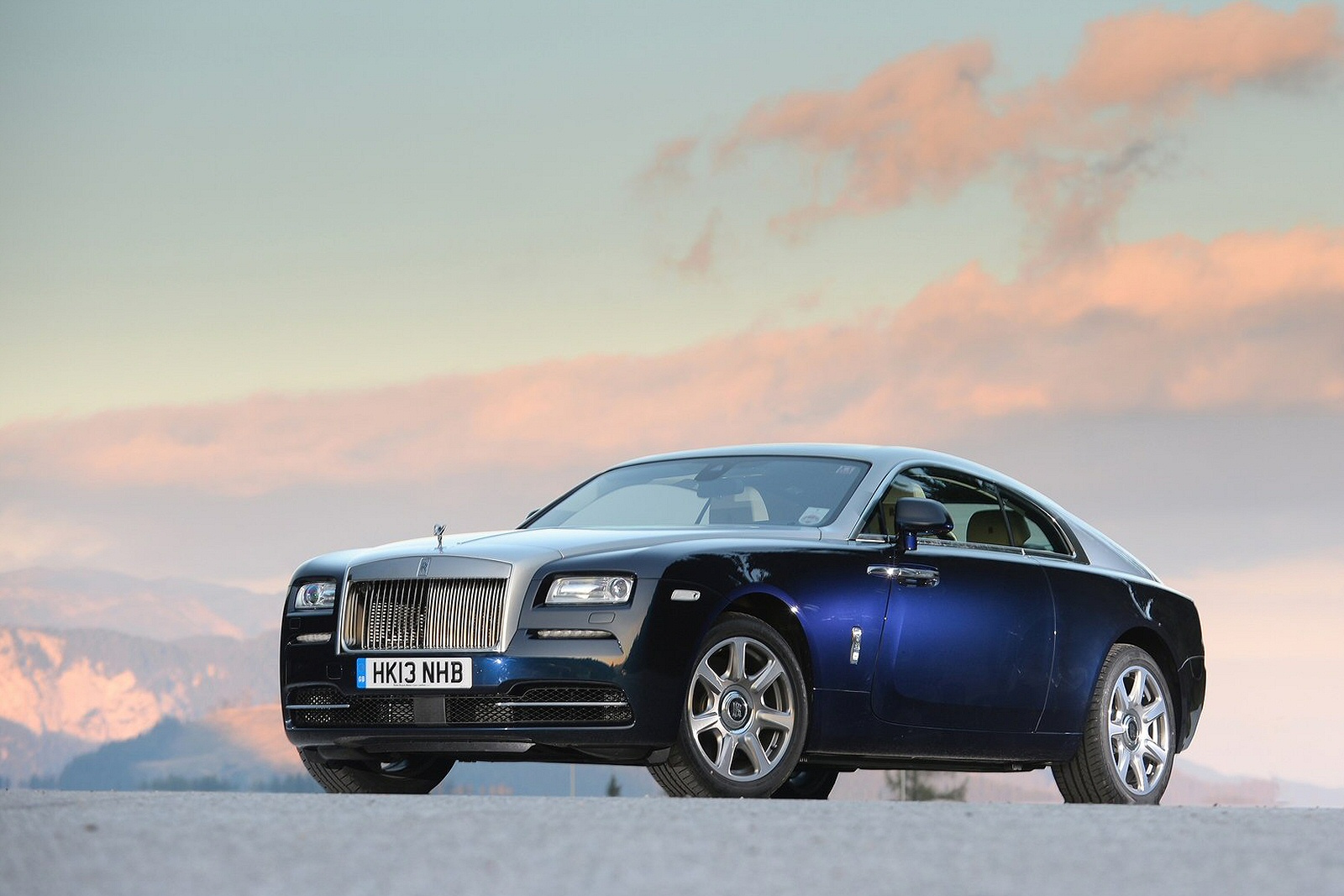 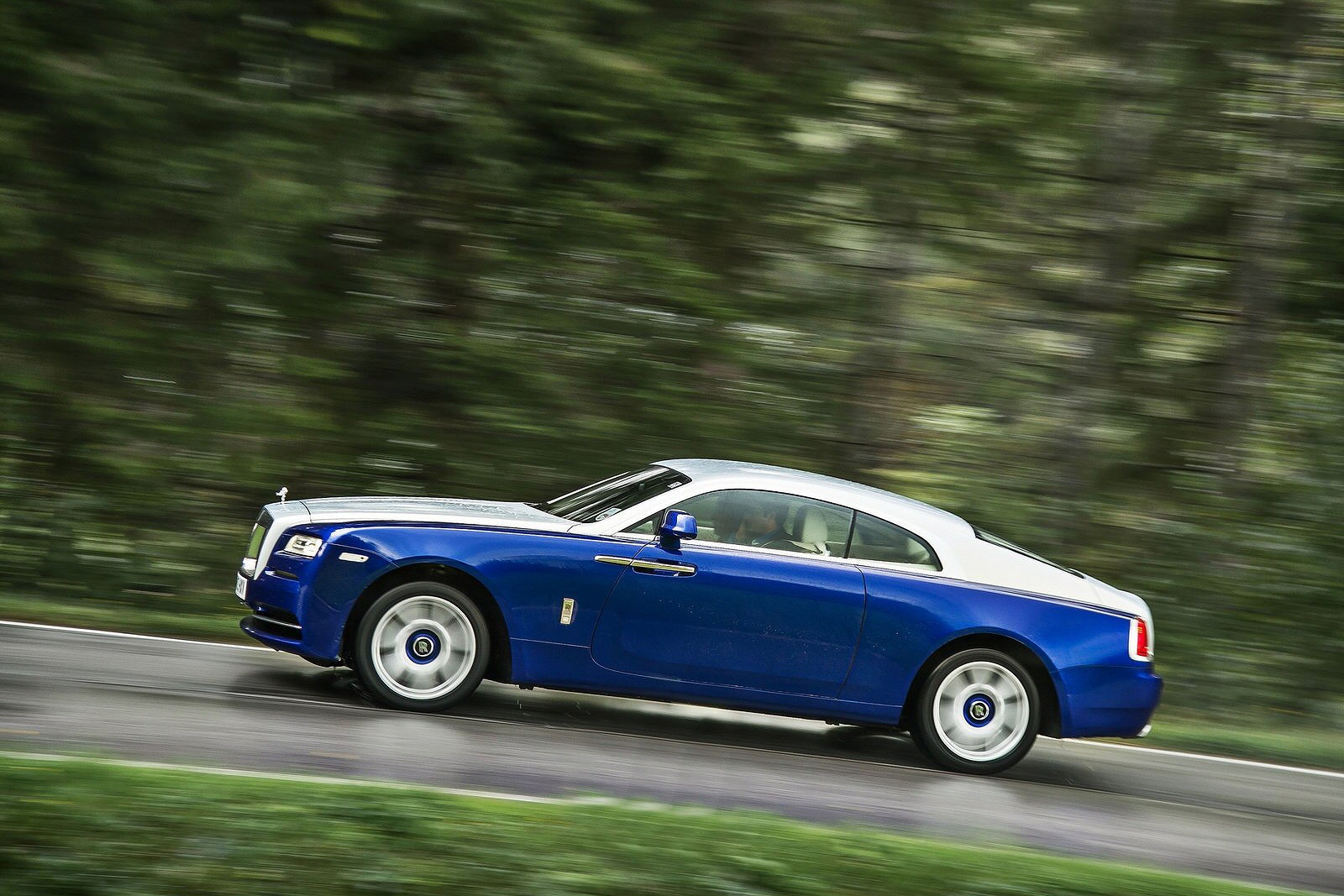 Wraiths form an indelible part of Rolls-Royce history. The last Wraith, the 1938 25/30, would have cost its then owner a princely £1,700. Then there was the Silver Wraith, built between 1946 and 1959, the last Rolls-Royce model to be delivered in "chassis only" form, dependent upon bespoke coachwork designed and made by a specialist coachbuilders. You might well recall its successor, the 1977 Silver Wraith II, the imposing long-wheelbase version of the Silver Shadow II. These were all very different cars but they shared one thing in common. They were never limelight cars, instead performing a more discreet supporting role to other more extrovert models in the Rolls-Royce range. That's certainly not the case with the latest Wraith. It's the smallest car the company makes but it's also the most powerful. This Wraith is a continent-crushing gentleman's gran turismo, the like of which Rolls Royce has never had on its books before. Were he alive, this is the car Charles Rolls would choose to drive, or at least so the current proprietors claim. In naming the car, Rolls-Royce hint at something of the noire about this model, something a little more menacing than the stately Phantom and Ghost models. 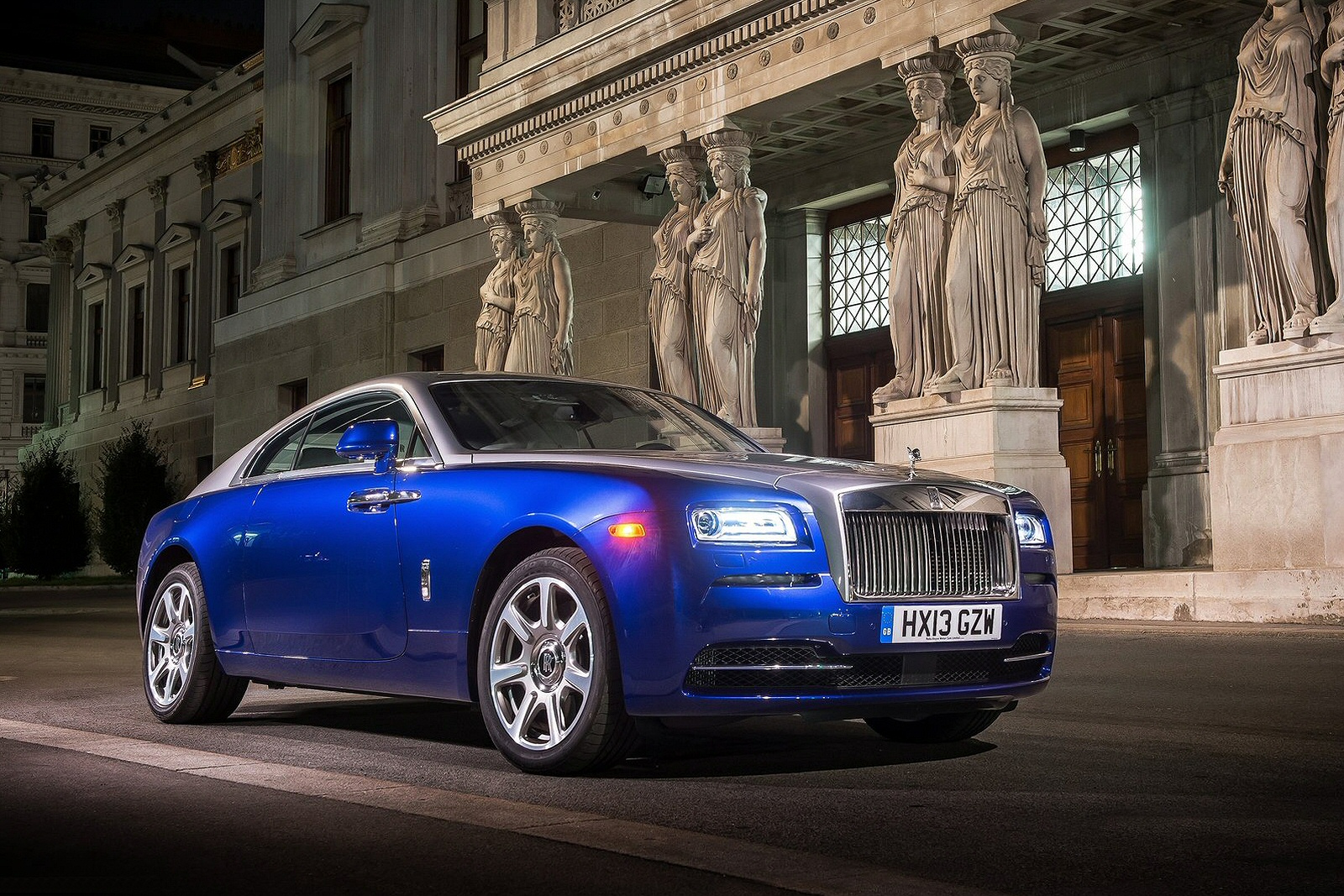 Think of this car as a Ghost coupe and you're not too far from the mark. It uses much the same BMW-sourced turbocharged V12 engine mated to an 8-speed automatic ZF transmission. Deploy the full 624bhp and 62mph is delivered in 4.4 seconds, accompanied by some rather unlikely sound effects of exhaust crackle and some surprising vocality from those 12 cylinders. From 1,500 rpm, 800Nm of torque is available, while a wide rear track, shorter wheelbase and lower roof height further contribute to a more focused drive than any Rolls-Royce to date. The suspension has been tweaked to minimise body roll and boost feedback when cornering. That said, the Wraith has its own gait at which it's comfortable. Hustle it as you would a lighter car and the 2.3-tonne weight will make itself apparent. The debut of Satellite Aided Transmission (SAT) technology uses GPS data to see beyond what the driver sees; it anticipates his next move based on location and current driving style, then selects the most appropriate gear for the terrain ahead. Corners, motorway junctions and roundabouts are all anticipated in advance. Spooky. Wraith-like in fact. Dial back the speed and the Wraith is utterly composed, with just the occasional soft thud from the suspension as the car mops up badly surfaced tarmac.

No doubt Rolls-Royce will wince every time they hear this, but beneath the Wraith's slinky body is a modified version of the BMW 7 Series chassis. Not that you'd ever guess the fact. Open the vault-like rear-hinged doors and drop inside and it'll take a very sharp eye to realise the commonality in some of the control functions. Rolls-Royce has done an excellent job in modifying virtually everything that can be touched and seen, with crystal glass switches and the most beautifully finished book-matched veneers. The dashboard features acres of Canadel Panelling, piano black trims and translucent cream finishes, while the seats are trimmed in buttery smooth Phantom-grade leathers. The interior ambiance is complemented by a 'Starlight Headliner', a feature available beyond Phantom family cars for the first time. No fewer than 1,340 fibre optic lamps are hand-woven into the roof lining to give the impression of a glittering, starry night sky. The pair of rear seats are far from the short straw, with plenty of legroom, although there's clearly less headroom back there than you'd get in a Ghost. The driving position is hard to fault, other than the fact that visibility isn't great. The 470-litre boot is fairly narrow, but it's a good deal bigger than the Bentley Continental GT's. The exterior styling is the work of Serbian designer Pavle Trpinac and the bob-tailed rear, deeply recessed grille and turret-like glasshouse are design flamboyances that a more confident Rolls-Royce is now comfortable to express. It's a challenging and intriguing piece of design. Some angles work better than others but it certainly doesn't want for presence, especially when finished in a two-tone colour scheme.
Watch our fantastic video